Researchers at the University of Pittsburgh Swanson School of Engineering and the Mascaro Center for Sustainable Innovation released a study July 22 that concluded that “as cities grapple with climate change, making commercial buildings more efficient is a key part of the solution.”

The study highlighted that the “building sector in the U.S accounts for 39 percent of energy use, with commercial buildings responsible for about half of that.”

All told, the U.S. Energy Information Administration (EIA) estimates that in 2020 the combined end-use energy consumption by the residential and commercial sectors was about 20 quadrillion British thermal units (Btu).

Commercial buildings, including offices, hospitals, schools, warehouses, hotels, shopping malls and other types, have unique energy needs but the EIA estimates that space heating accounts for about 25 percent of the total energy use in commercial buildings.

The EIA took a deep dive on the subject in 2012 and found the following highlights: 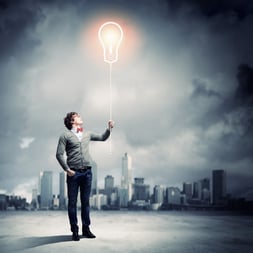 The Department of Energy says that the “potential to reduce energy consumption in existing and new commercial buildings is enormous.”

In fact, the U.S. Environmental Protection Agency estimates that on average 30 percent of the energy used in commercial buildings is wasted.

Here are some methods to reduce energy costs in commercial buildings:

o   Where and how energy is being lost.

o   Which systems are operating inefficiently?

o   What kind of cost-effective measures can be put in place to make your building more comfortable and energy efficient?

Some cities, such as New York City require buildings of a certain size to undergo an Energy Audit every decade by a certified auditor.

EngeryStar.gov says that “benchmarking turns the information on your utility bill into knowledge you can act on.”

EnergyStar.gov says that “the first step to saving energy in your building is to start by looking. During an Energy Treasure Hunt, teams walk around a facility looking for quick ways to save energy. Those quick fixes can add up to big savings. Hundreds of organizations have used Energy Treasure Hunts to reduce their facilities’ energy use by 15 percent or more.”

EnergyStrar.gov says that “If your building relies on inefficient lighting, such as incandescent, halogen, HID, or T12 fluorescent, you’re missing out on significant savings. Updating your lighting can be a great first step when it comes to making your building an efficient one.”

Many commercial buildings take advantage of insulated metal panels (IMPs) which have a nominal R-value of R-8 per inch and suffer little to no long-term R-value over time as the insulation is encapsulated between two metal skins.

EnergyStar.gov also estimates that energy use for heating and cooling can be slashed from 20 to 50 percent by “combining proper equipment maintenance and upgrades with appropriate insulation, air sealing, and thermostat settings.”